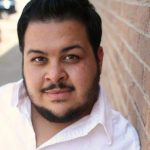 Francisco Rendon finished his time at Texas Tech University in 2011 working on his Bachelor’s of Music degree in Music Performance. Mr. Rendon has taught K-12 Music for over 6 years primarily in the Dallas and Lubbock areas. He taught private voice and group musical instruction in the Garland Independent School District at Garland, Naaman Forrest, and Sachse High Schools.

Upon moving to Lubbock, Francisco has worked with surrounding middle school and high schools such as Lubbock HS, Frenship HS and Hutchison Middle School. In 2012, Francisco music directed the off Broadway musical Next to Normal with Hub Theatre Group. Mr. Frank worked as the Music Director and Voice Instructor for HUB Performing Arts school for six years, and has music directed many of the MTI Jr. Theatre line of musicals which include Little Mermaid Jr., Dear Edwina, and Seussical Jr. In the summer of 2016, Francisco made his theatrical directing debut with Moonlight Musicals in their summer production of Seussical the Musical, followed by directing their 2017 production of The Adventures of Tom Sawyer! 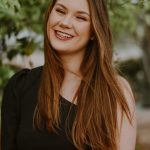 Charli has been a member of Moonlight Musicals since the 8th grade and has performed and worked in many shows such as Mary Poppins, Aladdin Jr., and Grease Jr. She has participated in her dancing career since she was three years old and can dance in many different genres such as tap, ballet, jazz, pointe, contemporary, musical theatre, and many more! Charli also participated as a member of the Coronado Pom Squad throughout all four of her years in high school and sang the National Anthem for her graduating class. She will be attending Texas Tech University this fall to study music education! 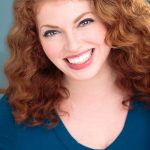 Casey Keenan Joiner, a native of Dallas, is a Lubbock-based performer and composer whose original work has recently been showcased in New York at Feinstein’s 54 Below, the Duplex, and the West End Lounge. She received formal training in accompanying from Berklee College of Music and later attended the American Musical and Dramatic Academy where she received a Certificate in Musical Theatre Performance. Casey earned both a Master of Composition and a Master of Vocal Performance from Texas Tech University. With research focused primarily on the connections between musical theatre and opera, Casey has completed research on the implementation of character-based paperwork for the modern operatic performer and is currently conducting research into the tangible and visible relationship between operetta and musical theatre styles. Casey currently serves as the Assistant Professor of Musical Theatre at Texas Tech University.

All academy instructors are chosen from the best and brightest educators of singing, acting, and dancing that Lubbock has to offer. We are always looking to add talented and reliable instructors to our team. If you are interested in teaching acting, music, dancing, or technical theatre for Moonlight Arts Academy, please fill out the application and send it to academy@moonlightmusicals.com: