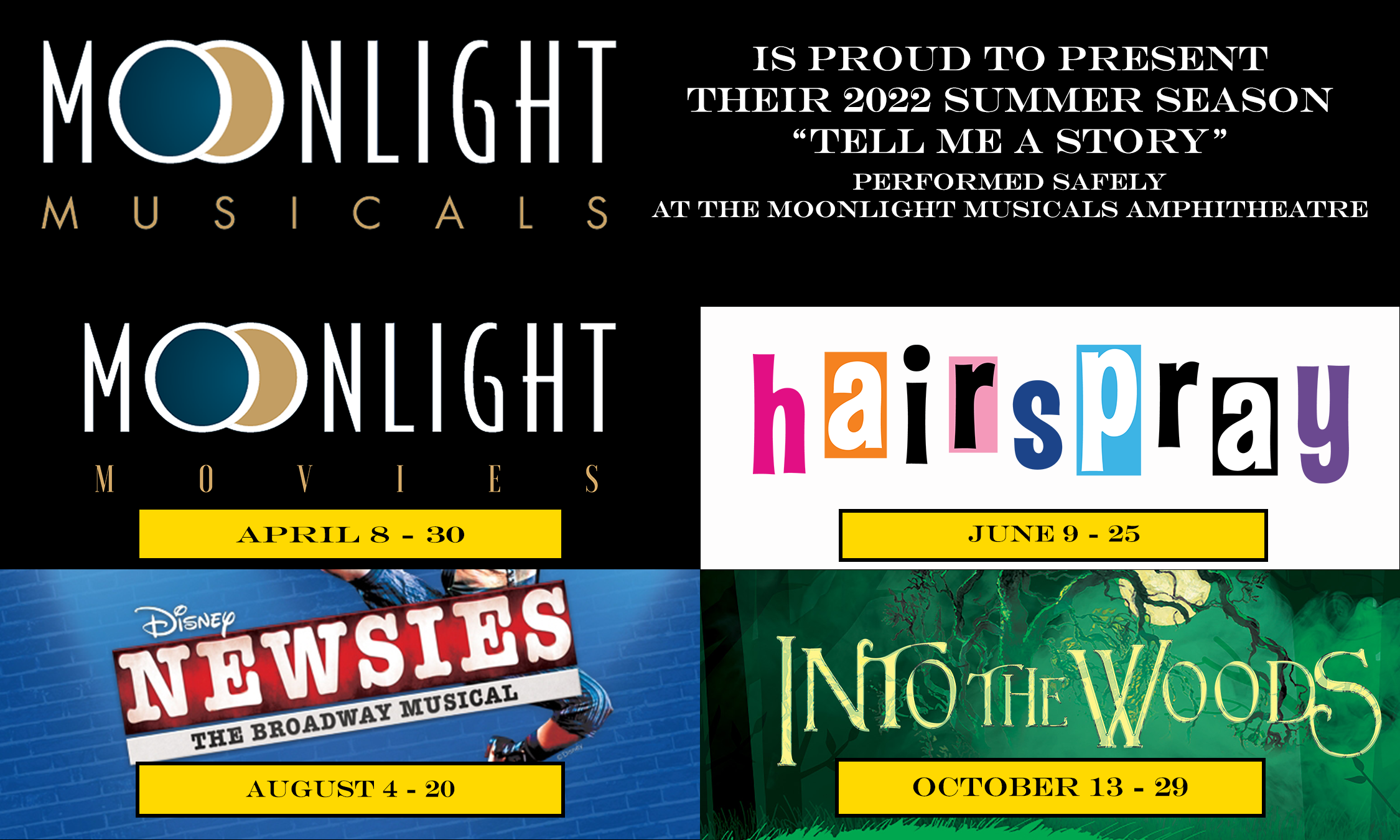 All shows start at 8pm

James Lapine and Stephen Sondheim take everyone’s favorite storybook characters and bring them together for a timeless, yet relevant, piece… and a rare modern classic. The Tony Award-winning book and score are both enchanting and touching.

The story follows a Baker and his wife, who wish to have a child; Cinderella, who wishes to attend the King’s Festival; and Jack, who wishes his cow would give milk. When the Baker and his wife learn that they cannot have a child because of a Witch’s curse, the two set off on a journey to break the curse. Everyone’s wish is granted, but the consequences of their actions return to haunt them later with disastrous results.

One of Sondheim’s most popular works, Into the Woods is a musically sophisticated show with the opportunity to feature actors adept at dark comedy. Designers will especially enjoy highlighting the fantastical elements of this magical word.

INTO THE WOODS has been assigned a rating of PG-13 by MTI (Musical Theatre International). It is worth noting that the characters and stories that are familiar to most audiences through Disney productions, will not be represented in this version. The musical focuses on the original Brothers Grimm versions of the stories which tend to be “darker” and less “happy ending” focused. Act 1 follows the well-known storylines and ends with a “happily ever after.” Act 2 is more contemplative and darker, delving into the consequences of our choices and other more grown-up themes. It is perfectly acceptable for younger audience members to attend only Act 1, which will provide a complete musical theater experience and a satisfying story. 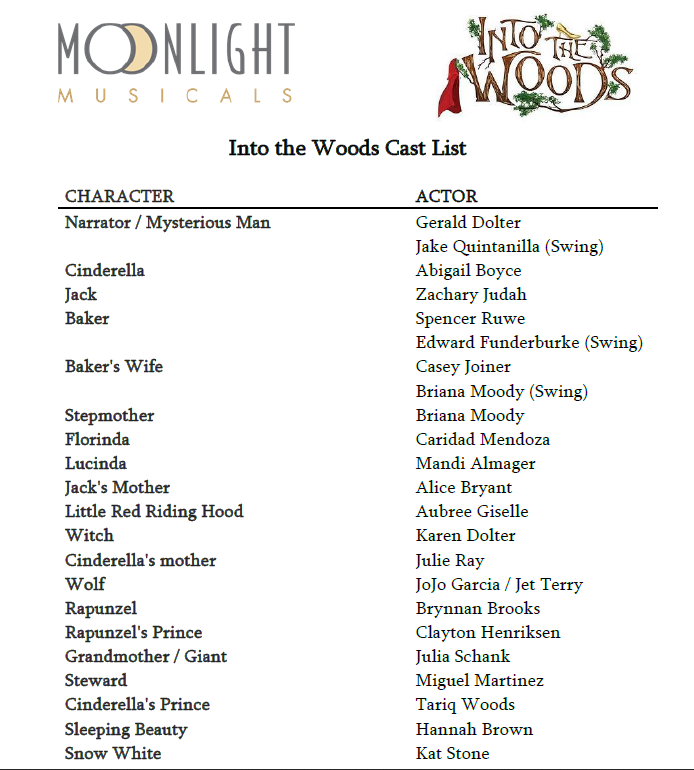